After Santorini, we had 24 hours to spend in Athens before Kristen had to catch her flight home. We planned to make the most of our short time in the city to see as much as possible. We arrived on our flight from Santorini around 9am. We left the airport right away to catch the metro into the city. At the metro station, the board of departures said ‘strike’ next to every location. The metro was on strike. I’d read in the guide book that strikes were common especially on the ferries and busses. little did we know that the following day, the busses and ferries would both be on strike as well…
The bus took us directly into the city center. Since we had arrived early to the city and couldn’t check into our hostel until the afternoon, we stored our backpacks in the airport, and just took an overnight bag into the city so we could carry it with us as we traipsed around the monuments.

We had a quick bite to eat a gyro restaurant on the square, then asked directions and wound our way up to the Acropolis. We found the entrance, bought our tickets, and began to explore the hillsides of the Acropolis before climbing to the top.

We visited the Herodes Theater and the Dionysos Theater, then climbed up the stairs through the entrance gate (Propylaea) up onto the top of the rock. You can see the whole city spread out in all directions. It truly was a perfect place to build the monument that would last for millennia.

There is little left of the Parthenon, it has gone through multiple restorations, the current restoration has it filled with scaffolding and cranes. It is incredible that the Parthenon has survived so many attempts and destruction. It’s been rebuilt, burned, turned into a church, turned into a mosque, taken over by each new wave of rulers, but still it stands, a monument to an incredible start to modern civilization.

We passed the Temple of Athena Nike which has been almost completely rebuilt and the Erectheon. 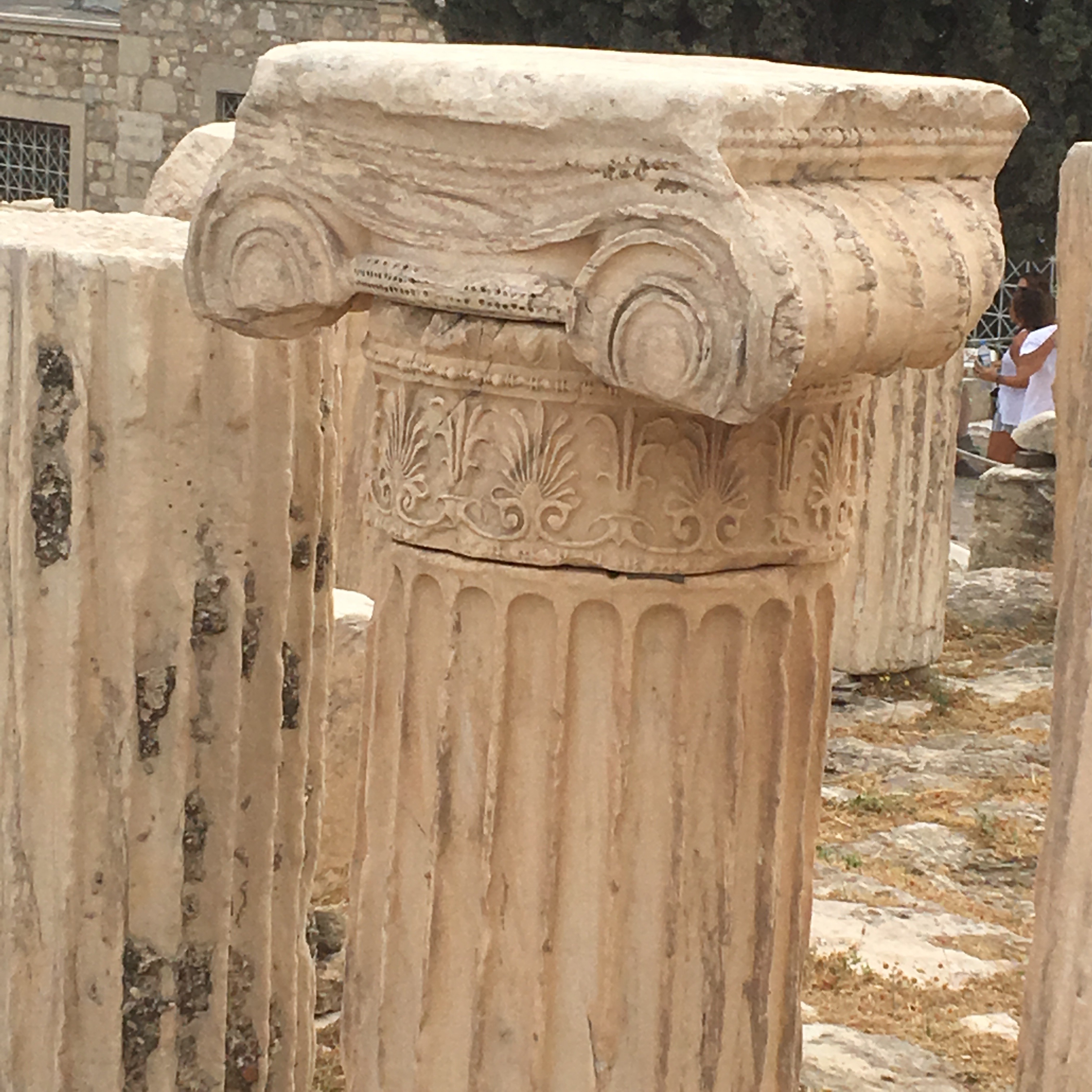 There is a porch held up by Caryatids on the side, and a small sanctuary on the back called the Pandroseion which held the sacred remains( olive tree from Athena, the salty spring of Poseidon, and the tomb of Kekrops who was the witness of the contest) of the mythical contest between Athena and Poseidon for patronage of the city. 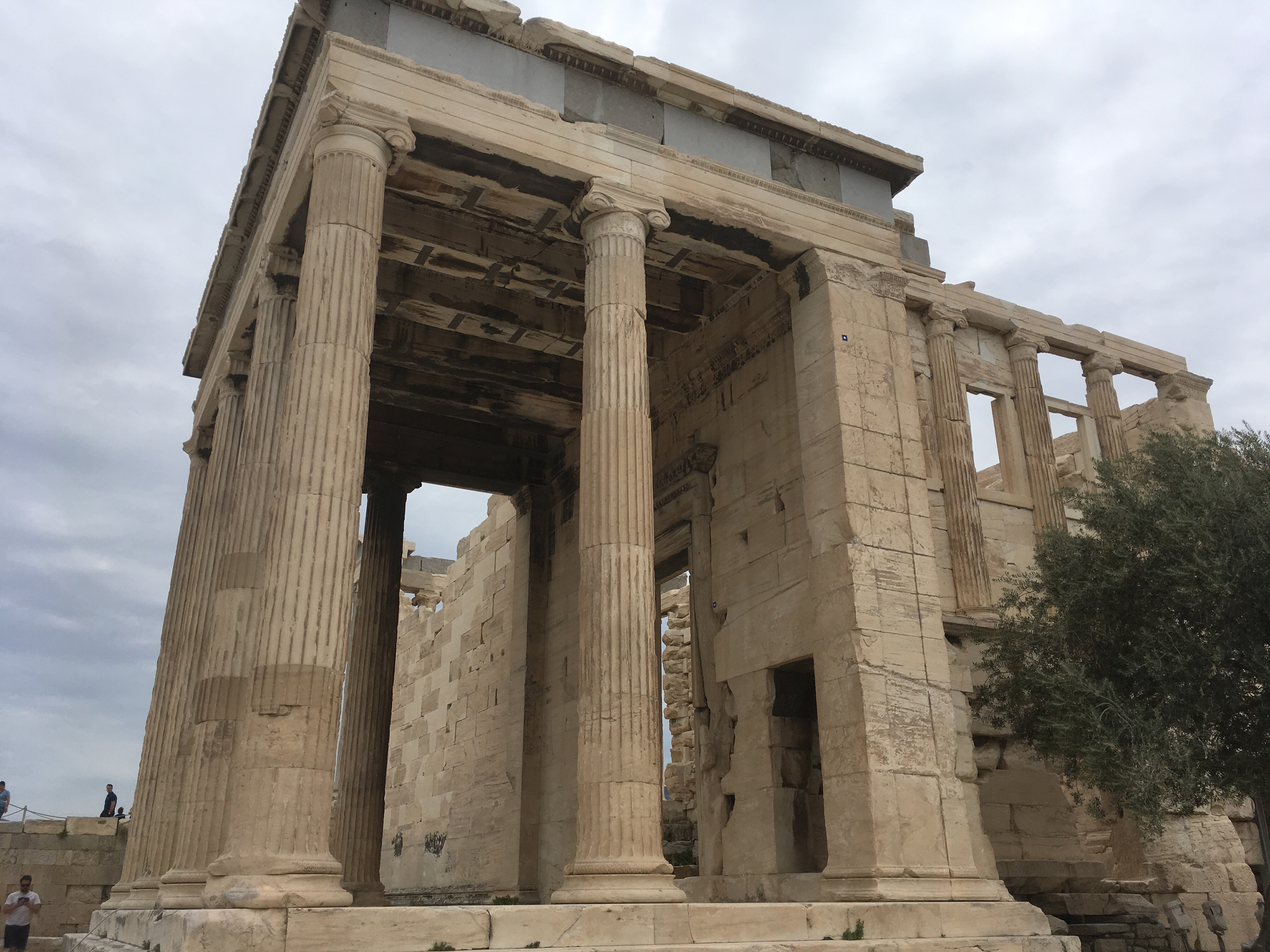 We stayed on top of the Acropolis for a long time, enjoying the view, taking in the feeling of hundreds of years of history. 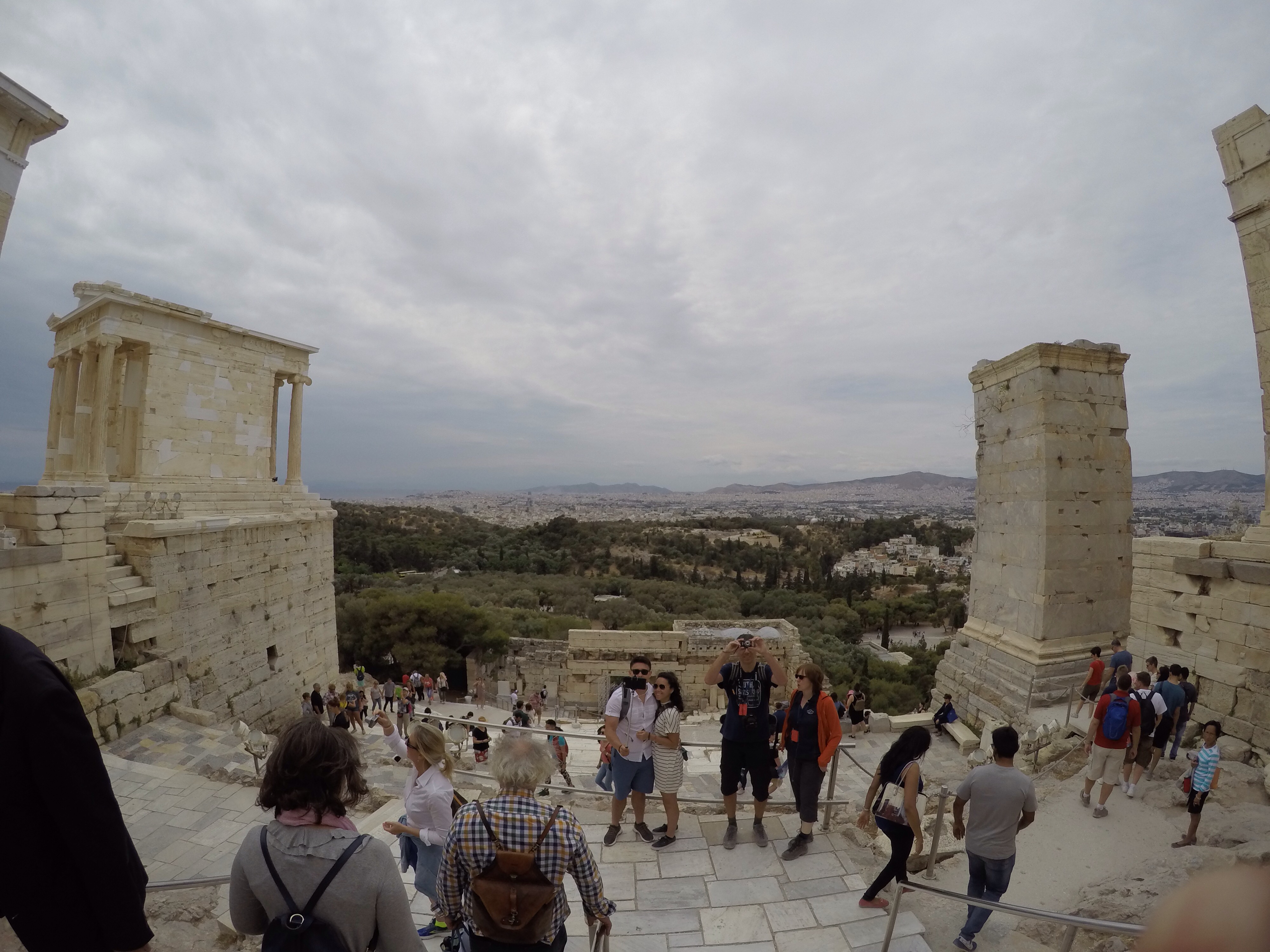 There is a new Acropolis Museum to display the sculptures and friezes rescued from the temple that aren’t in the British museum. The museum itself is built above an archeological site, so the floor is glass in several places to show the history hidden beneath. It was an impressive museum, most of the statues were on platforms allowing you to walk 360 degrees around them. At least when I always thought about the Ancient Greek statues and architecture I thought it was white, mostly from the pictures, when in reality, each of the statues was brightly painted with dyes made from different minerals. The Parthenon in all it’s multicolored glory when it was originally built would have been a sight to see.

We spent a long time in the museum, reading each of the signs, learning the long history of the Parthenon and resilience of the Athenian people. Athens truly was the center of knowledge and culture for centuries and centuries.
The only reference to the ‘missing’ half of the collection in the British Museum that I saw came in the video, a reference to the destruction of the Parthenon and the statues that were ‘violently removed by lord Elgin’
We visited the Panathenaic Stadium. This stadium is built on the site of an ancient stadium, and was the site of the first modern Olympics in 1896. In the 2004 Olympics it was used as the archery arena and Marathon finishline. Our family friend, Frank Williams ran the Athens Marathon a few years ago so it was cool to see where he would have finished. There were still souvenirs being sold from the 2004 Athens Olympics. After visiting the Rio Olympics last summer, it makes me wonder how long the t-shirts and keychains from the event will still be for sale. We walked through the National Garden and past the Temple of Olympian Zeus. 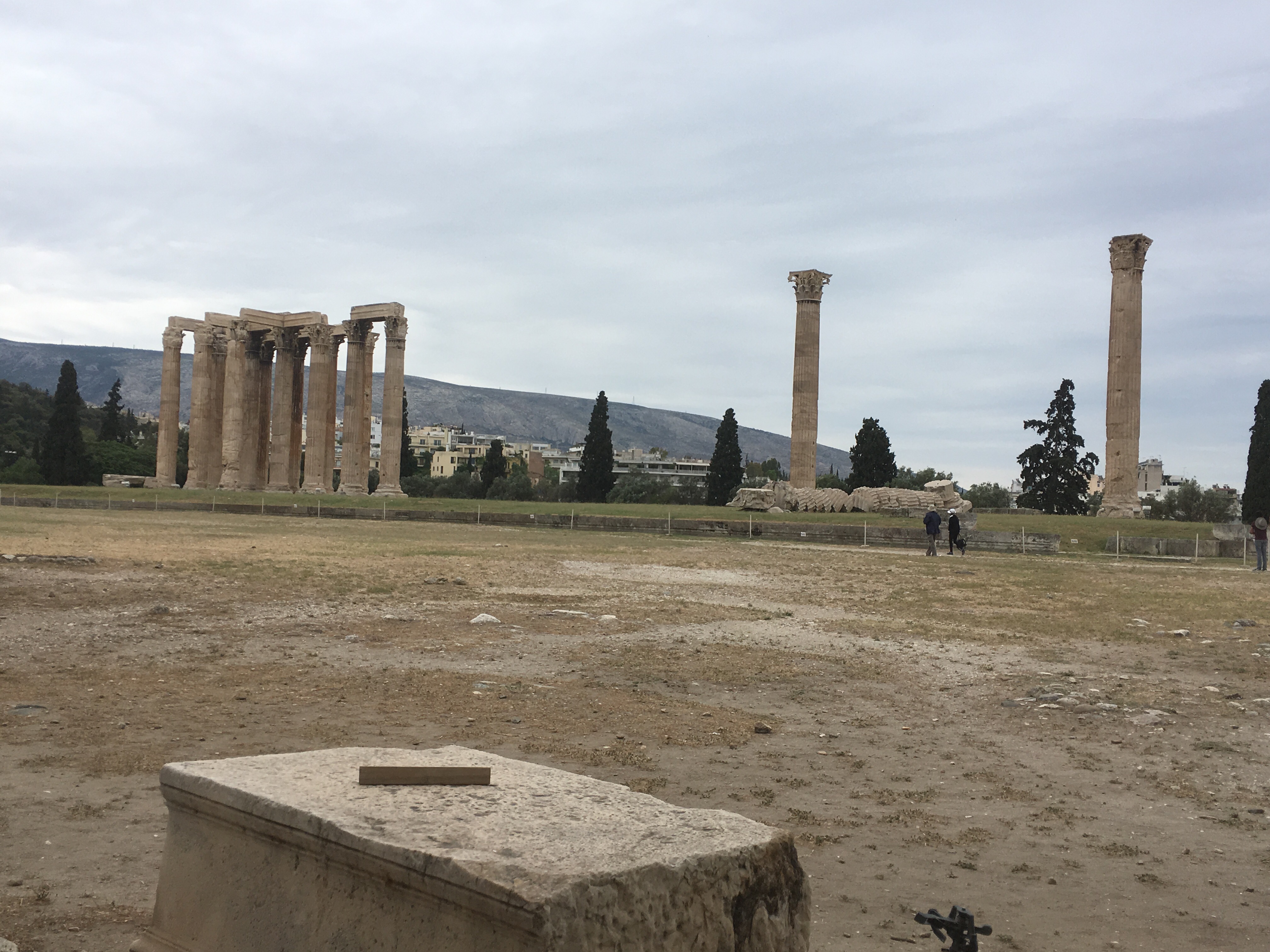 We finally found our hostel, hidden in the maze of tiny cobblestone streets in the shadow of the Acropolis. 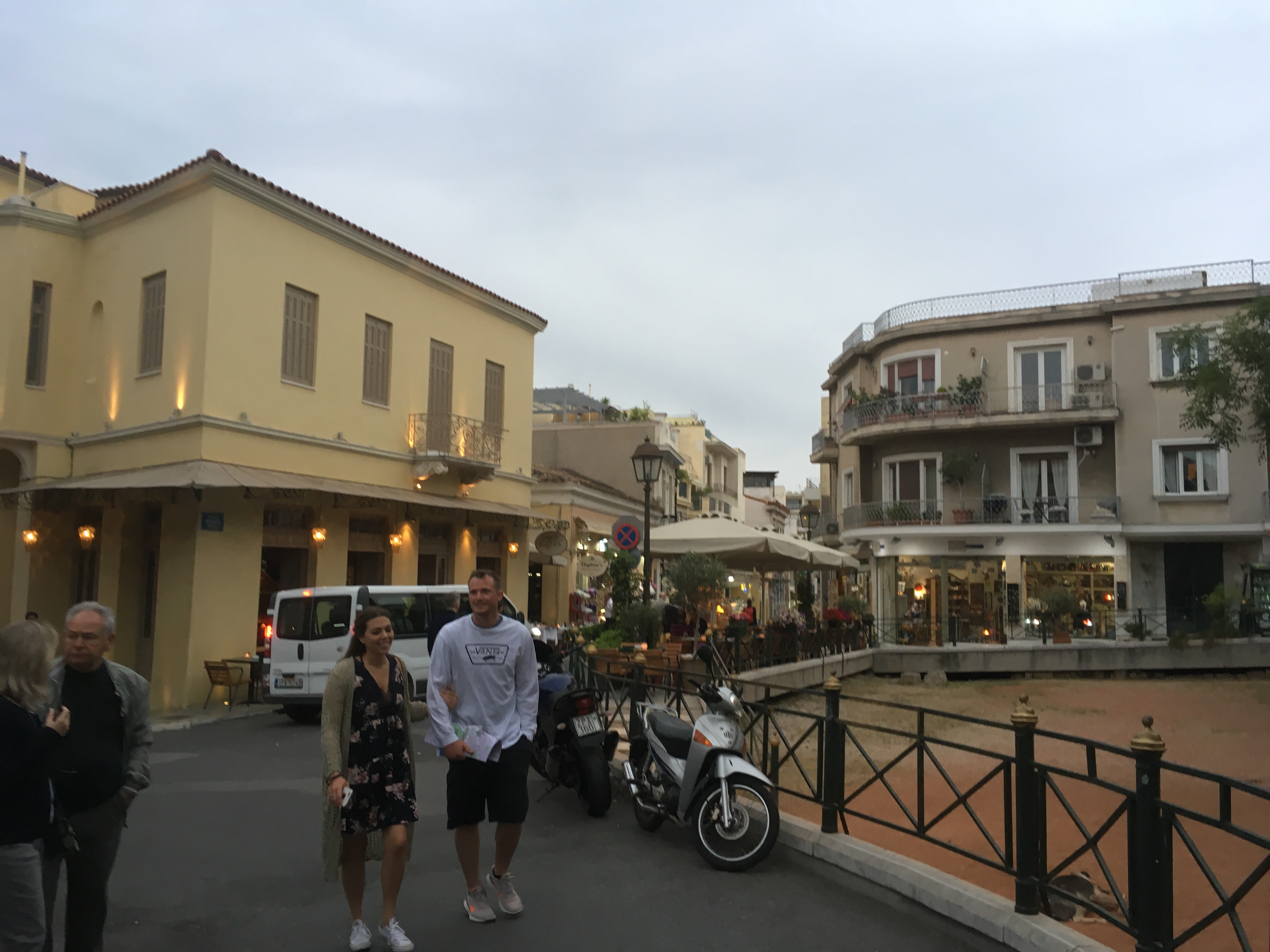 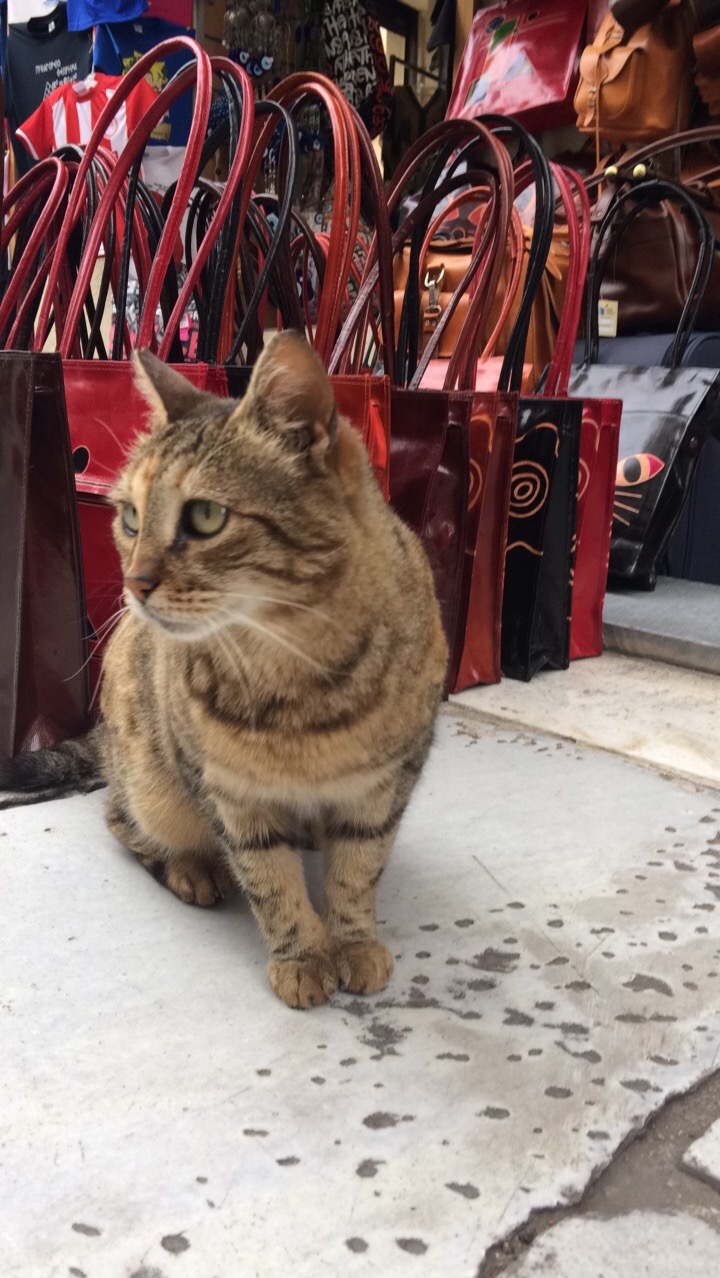 For dinner we wandered through the streets past all the open air restaurants and the waiter who call out ‘come inside my lady,’ ‘free wine for you,’ hummus for you,’ ‘come try the traditional Greek food made by my grandmother!’ And with the right attitude, laughing off the blatant lies to get you in the store, the atmosphere is wonderful. We had a progressive dinner, eating appetizers at one restaurant, mousaka and free wine at a second, and finally a dessert of fresh baklava at a last cafe. 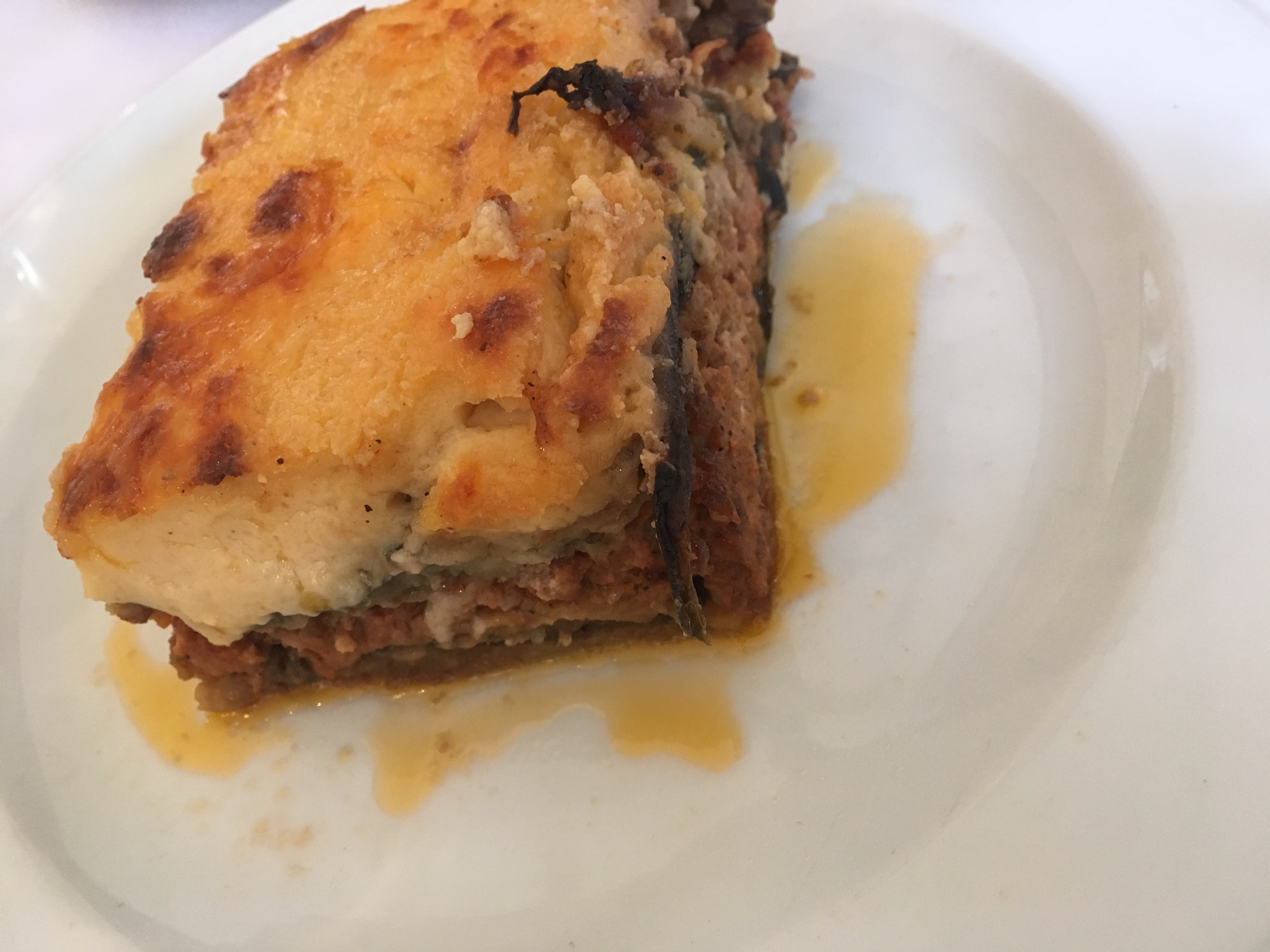 Shops filled with the bright blue evil eye were everywhere. It was incredible to be immersed in the culture and history of Athens even for so short an amount of time.

The next morning we had an early flight to catch out of Athens. Of course, the busses planned to be on strike from 5am to 9am, the exact time we needed to travel to the airport. We took a taxi to the airport without a problem. We would later find out that riots had taken place in the city after we left over the strikes. It was good we got out when we did.

I said goodbye to my sister, my favorite travel partner, in Athens. She was heading back to Valencia to get her luggage from the semester and then back home to Ohio. I would continue to Portugal for the next part of my journey.